Last weekend, I ventured into downtown Boston for the second Sunday in a row to explore. Unlike the prior weekend, this adventure had a purpose. I was attending and volunteering at the Boston Local Food Festival, which took place in the Rose Kennedy Greenway Park. What can I say about this event other than it was a wonderful day with gorgeous weather?

Well, there were so many neat booths to visit. I went to the festival with my roommate. We had intended on going there for lunch, but before we decided on food, we were drawn to the booth selling canned cold brew, NOBL. They had a maple pumpkin cold brew that we both just couldn’t resist. NOBL is a cold brew company that started in 2014 in Exeter, NH as the founder’s senior project at the University of New Hampshire. Now, they have over 500 locations across the Northeast where their products are sold. Not bad for five years, I’d say! 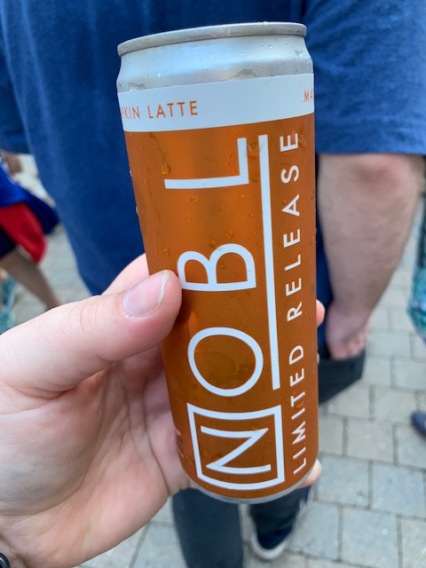 The coffee was such a delight. The flavors of fall were very present, but the cold drink was also refreshing on a hot day. Boston weather has been all over the place with 80+ degrees on one day and 60 degrees the next. There are numerous locations in the Boston area that sell their coffee. I will be on the lookout for these, as this was the best canned coffee beverage I have ever tried.

With our coffee to fuel us, my roommate and I walked around the festival. We signed up for clean energy. We saw some other unique products, like crackers made from spent grains (which are grains that were used during the beer brewing process). Plus, we found some good food to eat. One of the food stands was from the Korean restaurant Koy, which is located not far from where the festival was taking place. At their food stand, Koy was offering up a variety of dumplings, plus some Master Chang’s Chicken (sweet and sour/spicy chicken over rice). At this point, I was very hungry, so Master Chang’s Chicken seemed liked a good choice. 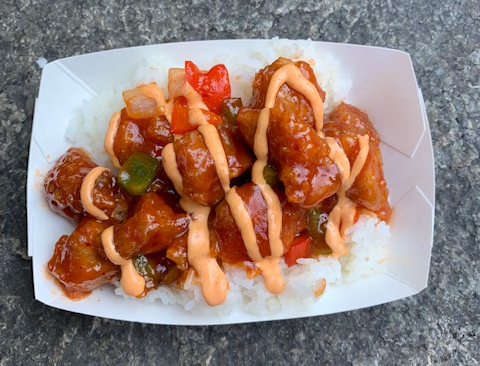 A good choice it was, indeed. The chicken was delicious with a tangy sauce that was neither too spicy nor too sweet. This dish perfectly satisfied my hunger and craving for some good food. I would absolutely go to their restaurant if I get the chance.

As part of the event, I also volunteered at the table for BU’s gastronomy program. To engage with people and get them interested in the program, we were playing a game. There was a world map on the table and a bunch of plastic foods. Participants had to take 3-4 foods and try to place them on the map based on where they originated. That is harder than you might think. I actually learned quite a bit just moderating the game. 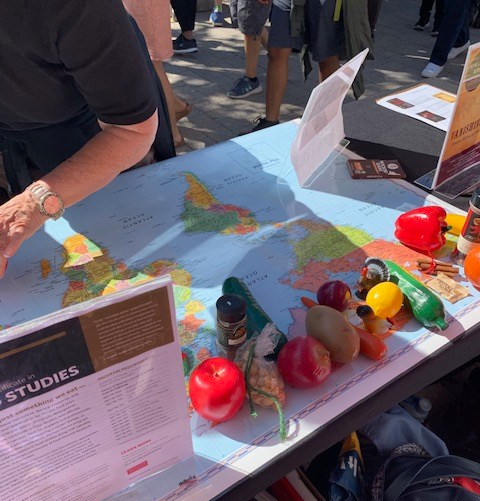 The festival was a great experience for me. I got to hang out with my roommate and eat some good Korean food. I also got to socialize with some people from my program. Since I am taking the Culinary Arts Certificate class this fall, I am actually not in class with any of my fellow gastronomy students. It was nice to spend some time with new and returning students, as well as faculty. 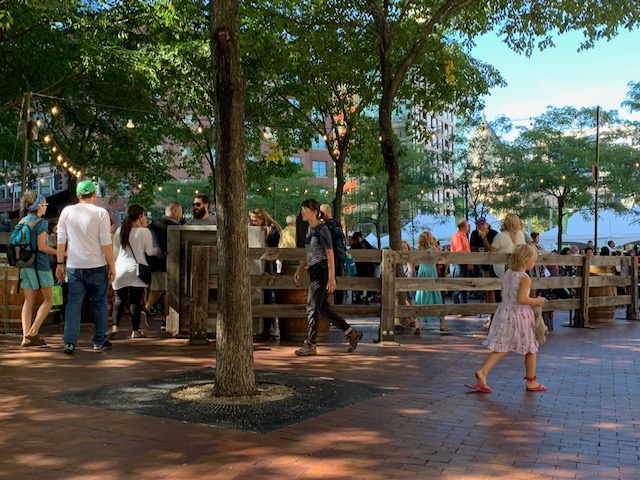 On my walk back to the T station where I’d catch a train home, I kept looking up at all the buildings, both old and new. I just kept saying to myself, ‘I live here.’ I don’t think it has fully sunk in that this really is my life. When I am walking around Boston, it is not just for some weekend trip. This is my home now. I need to keep reminding myself because it almost feels like I am in a dream or fantasy. Well, I am living my dream life, so I suppose the confusion is understandable. While I have had some hiccups since arriving, my experience thus far has been completely life-altering in the best way possible. I already don’t recognize the person who was miserable every single day of her life. I am radiating pure joy because I absolutely love what I am getting to do. I wouldn’t trade this for anything in the world. 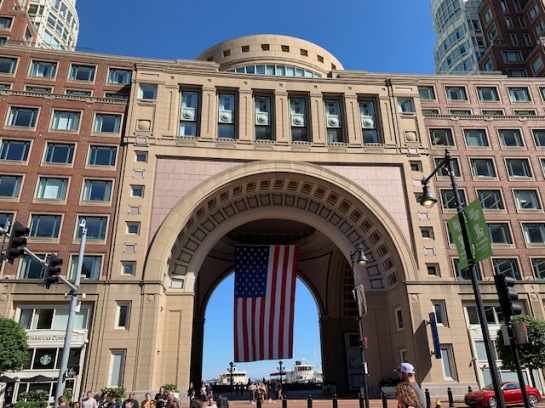 *This post reflect my honest views. I did not receive any compensation or other incentives to post this review.