And so it has come. The end of the year has arrived. Another year has passed, but this one feels almost like it didn’t happen.  It feels like I was just frozen in place while time passed around me.

Sure, I had some good things happen this year. I started this blog and rediscovered my true love and passion. I made decisions about my life to improve my health and happiness. Many parts of this year have been extremely tough, but at least I am moving in the right direction.

Chris, Andrew, and I are gearing up for our annual New Year’s Eve celebration. I have a fantastic menu planned, and there is a lot of work still to be done before the big party tomorrow. That didn’t stop the Hungry Trio from having one last family dinner this year.

I found this recipe for Chicken Marengo. I had never heard of this before, but the legend has it that Napoleon’s chef created this meal for him after a successful battle in Marengo, Italy. So, while the name sounds Italian, this is actually a French dish. Good thing, because I brought French wine to pair with it since I am out of Italian wine. 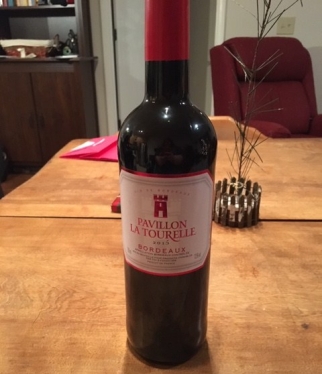 I set Chris on a mission to come up with some vegetables as a side. He had this idea to make some spicy “parsnips.” I put that in quotations because he intended on making parsnips, but he bought the wrong bloody vegetable. He pulled out these “turnips” that were beet red inside as he peeled them. Yes, these were in fact beets. We gave him a hard time about this, but the dish still worked very well. He used this half-steam method, and we finished them with a smoky butter he made with paprika and crushed red pepper.

I really was hoping to try some parsnips, but this was a tasty mistake. It made me realize that beets aren’t as terrible as I thought. I always had a strong disliking for beets, ever since I was a child. Everything about them was just awful to me from the color to the taste. However, I think I might actually try and incorporate them into my diet.

Other than the beets, we also had kale sautéed with garlic and chicken fat drained from the pot I made the chicken in. Chicken fat makes just about anything taste better. These were some tasty veggies, and they made some fantastic artwork. 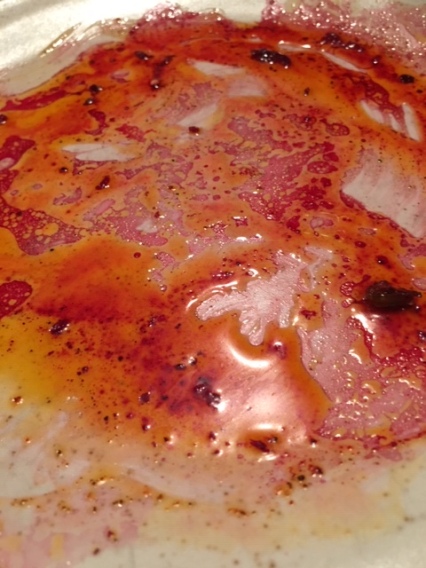 As for the chicken, I was quite pleased with how it turned out. It was quite a simple dish, but it tasted good. I do think it could have benefitted from a little extra flavor development.  Even a small bit of crushed red pepper would have gone a far way.

This meal was the perfect way to end the year. We ate, drank, watched a little Netflix, and exchanged gifts. Of course, Chris and I bought each other a cookbook.  This means that there will be plenty of new recipes to share in the coming year.