Apple picking is the quintessential New England fall activity. While it may be mocked as an overrated outing for basic fall lovers (see recent SNL skit), but if you love fall, this is thing to do. Apple picking is great for people at all stages of life: with your kids, partner, or friends.

When my grad school (BU MET) sent out info about an apple picking event, I just had to jump on the opportunity. We went to Honey Pot Hill Orchards in Stow, MA. Located about an hour outside of Boston, this is the premier spot for apple picking in Massachusetts. Our tickets through the school were only $10, which included transportation, a 1/2 peck bag for apple picking, a jug of apple cider, an apple cider donut, and a caramel apple. That is a fantastic deal considering how much the apples themselves cost.

To get to the orchard, we took school buses along the back roads of Massachusetts. I was shocked to see seatbelts on the school buses. I know they certainly never had those in the buses in PA when I grew up. Massachusetts is not one of the seven states that require seat belts on school buses, but it seems that there are certain districts that have them. Of course, no one actually used them on the trip, for one because they are designed for children’s bodies.

The ride to the orchard gave me my first real glimpse of the New England fall. There were rows and rows and bright red and orange trees. This was the foliage I was hoping to see. New England is so gorgeous in the fall, but you do have to get out of the city to see the best of it.

There was a nice variety of apples available for picking. They have macintosh, empire, mutsu, cortland, golden delicious, macoun, red delicious, spencer, and jonagold. I managed to pick a variety, but I had a lot of macintosh. 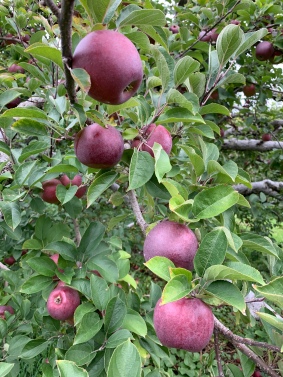 I imagined the red and golden delicious being my eating apples and the macintosh being my baking apples. I think I may also have had some cortlands thrown in there. 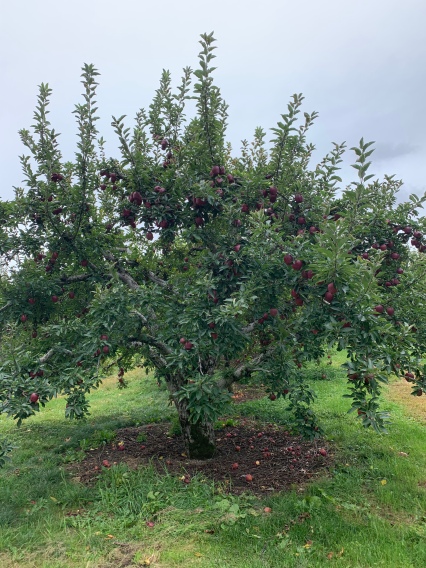 After getting my fair share of apples, I made my way to the farm house shop. This is where I picked up my cider, donut, and caramel apple. I ate my donut, but saved the others, so I wouldn’t load up on too much sugar at once. I do love me a good apple cider donut. That is another food item I look forward to eating in the fall.

I had a marvelous time picking apples at Honey Pot Orchards. The rain that day held off just long enough for us to get back on the bus to go back to Boston. I got a ton of delicious apples and embraced my best fall self.

What did I do with all those apples I picked? Well, for starters I ate a bunch of them. I just finished the last of the apples this week, almost two weeks after I was picked them. I kept them in the fridge, and they stayed fresh and crisp.

I also wanted to do some sort of baking. I was searching for apple recipes, but I just could not find anything that struck my fancy. Then, Instagram came in with the gold. Bon Appetit had an apple upside-down cake on their Instagram page that I came across just as I was about to give up on finding the perfect apple dessert. I made the cake with a few adaptations. It was delicious and was a lovely treat for my week’s breakfast. 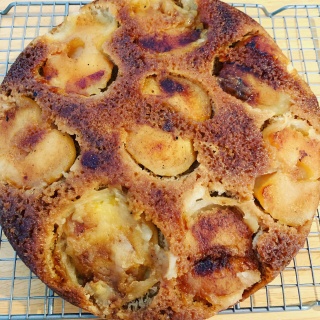