It’s been quite awhile since I have done a restaurant review, but this post is long overdue for multiple reasons. Chris and I have been planning to have a night out at Le Diplomate for a little over a year now. It was supposed to be our Christmas present to each other last year. We just never got around to actually going. That meant that we had an excuse to go all out this year. I had been long-anticipating this meal. I hoped this restaurant would live up to my expectation.

My initial impression of the restaurant gave me an understanding of how they do so much business in DC. The atmosphere is classy, and the decor meets that standard. If I have one complaint about the atmosphere, it would be that it is very hard to hear, even when the person talking to you is right across a small table. The restaurants packs a lot of seats in this space, which is a large space, but it is clear they are maximizing their service capacity.

However, that is not to say that their service is lacking. The staff was attentive to us the entire time without being overbearing. We were about 10 minutes early for our reservation, but we got seated right away. Our waitress was friendly and personable, but she was also very good at her job. She easily convinced Chris and I to each order a half bottle of wine. She was good at knowing her selling points, but she was never forceful. 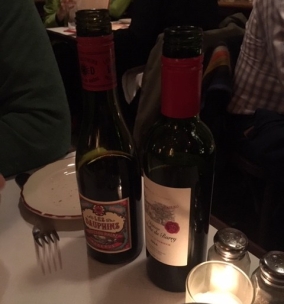 It was a little bit of a challenge to decide what to order. The entire menu looked worthwhile.  Options for hors d’Oeuvres  included steak tartare, escargots, mushroom tart, and foie gras to name just a few. We decided to get the foie gras because it was something that we wouldn’t just order anywhere.

The foie gras was served with bread (pain d’epice) and huckleberry “mustard” as garnish. I have heard of foie gras before and have seen it on TV. I had never had it before though. I know that foie gras is by far not the most humanely raised meat product. It is considered a French delicacy though, and I was highly curious to try it. 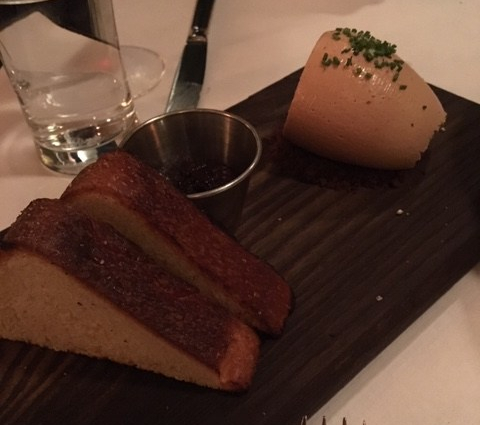 Eating this dish was an odd experience for me. Since I have never had it before, I can’t compare it to any other preparation. The foie gras had a nice flavor. There was a subtle saltiness to it. I honestly could not adequately describe what it tasted like. I think it may have been the texture and appearance that threw me off. I even said to Chris at one point, “It kinda of looks like cinnamon cream cheese; only it is meat.” I have no better way to describe my confusion over tasting this dish. Chris kept trying to gauge my reaction with difficulty. I will say this.  I wouldn’t want it every day, but I certainly would eat it again.

We strategically chose our entrees.  Chris and I never order the same dish when we go to a restaurant. It just doesn’t make sense when we always end up sharing.  We both want to get to try something else on the menu and are secretly hoping that the other will choose our backup option.

I chose the duck a l’Orange, consisting of a confit leg, pan roasted breast, an orange sauce, sautéed spinach, and even a few roasted potatoes.  Both preparations of the duck were fantastic and tender. I especially loved the crispy skin on the breast. The skin was both crispy and juicy. Given that this was a French preparation, I have a feeling that butter had a large role in this consistency. 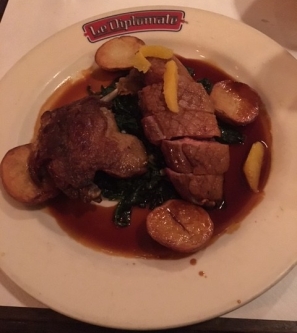 I devoured every part of this dish. The leg meat fell right off the bone with ease and provided another great flavor in addition to the breast. The potatoes were delicious, especially when used to scrape up the velvety orange sauce. I am not normally a fan of cooked spinach, but even that I ate in its entirety. I feel confident that I made the right choice in entrees for myself.

Chris chose the Moroccan braised lamb neck served with harissa and couscous. This was my backup entree, so I am glad Chris chose it. I think I also ordered his backup entree, meaning we both got everything we wanted. 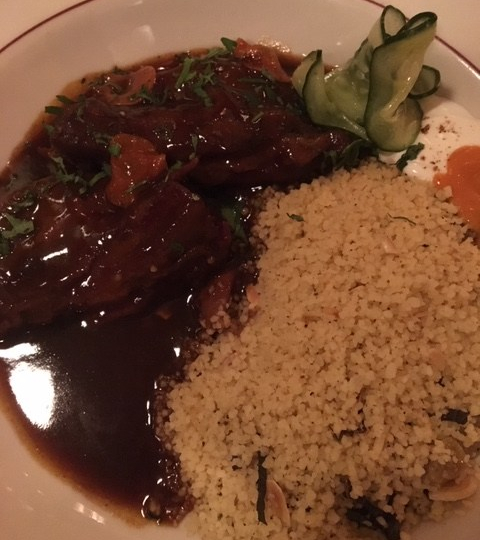 This lamb was out of this world. It was so tender that it was hard to believe it was ever muscle. In my opinion, there is no better meat than a tender piece of lamb, and this one fit that description perfectly. I think it can be said that we were both satisfied with our entrees.

Since we were going all out for this meal, we decided to split a dessert. We ordered a slice of the French king cake.  This was a puff pastry with an almond frangipane filling.  he filling was my favorite part. I am not overly fond of almonds in their whole form, but I love almond flavor.  The almond flavor shone through in this dessert. The puff pastry technically well done. Puff pastry itself just doesn’t do much for me. I mostly wanted to eat the filling. 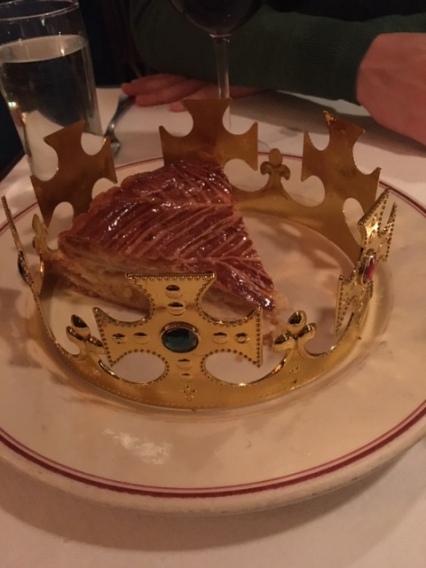 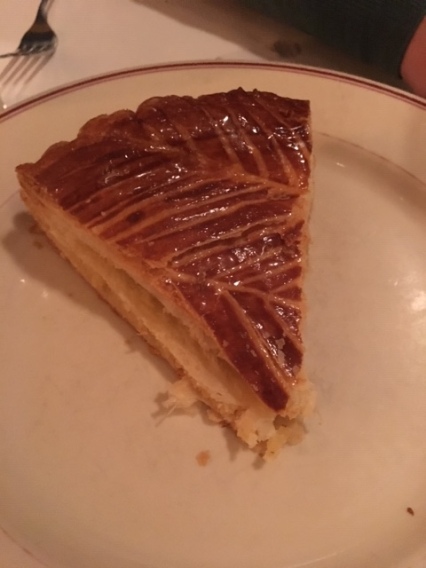 We both thought the plastic crown was a bit over the top. It was intended for the person who finds the golden almond inside the cake. Chris pushed the almond my way, and even had me put on the crown. I wanted Chris to wait to take my picture until I got the puff pastry crumbs off my face, but he clearly did not. 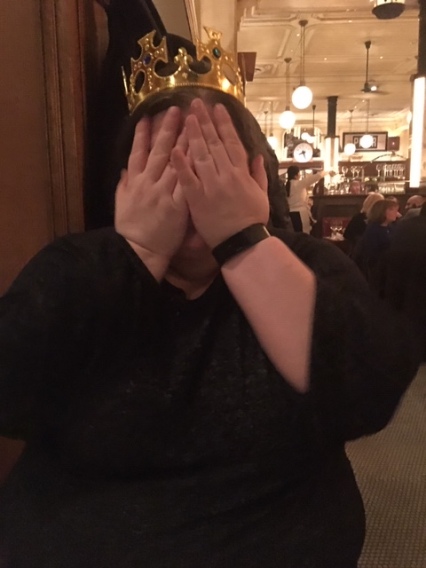 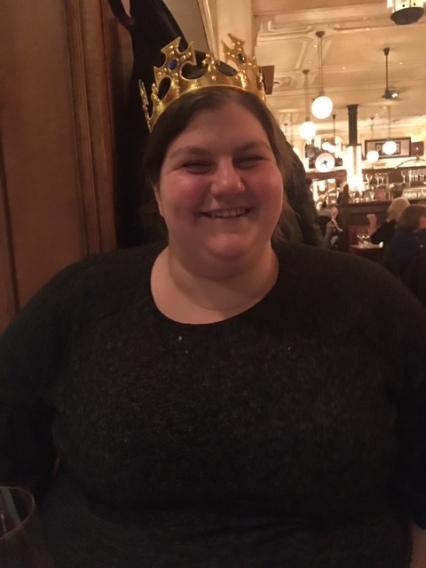 My final thoughts on this restaurant are that it is exactly what it is designed to be. I certainly understand why this restaurant does so much business. It is the premier French restaurant in DC, and the food does live up to that reputation.